The start of the race

The Jen Lee 5K was a rousing success.  It took place on the runway of the former airport, with Imbabura Volcano looming just above.  More than 700 people attended the event and the community support for individuals with limb loss and for our clinic was very moving.  Over 300 runners participated, including 40 with prostheses, some of whom walked short distances and others who ran the entire race at top speed. 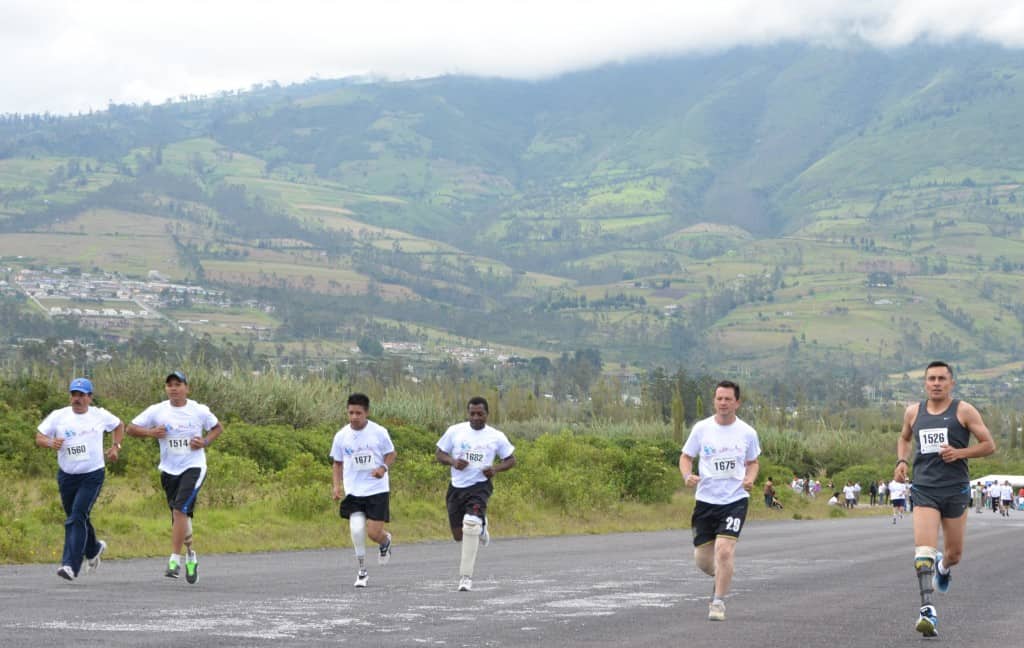 The course was 1.25 K in length, which meant that runners circled the course twice. In most runs, the runners out front never see the folks further behind, and the rest of the runners never see the winners.   It was really fun for the participants to observe and cheer on their fellow runners, whether they were top athletes, runners with or without prostheses,  families and children strolling, or new walkers trying out their legs. 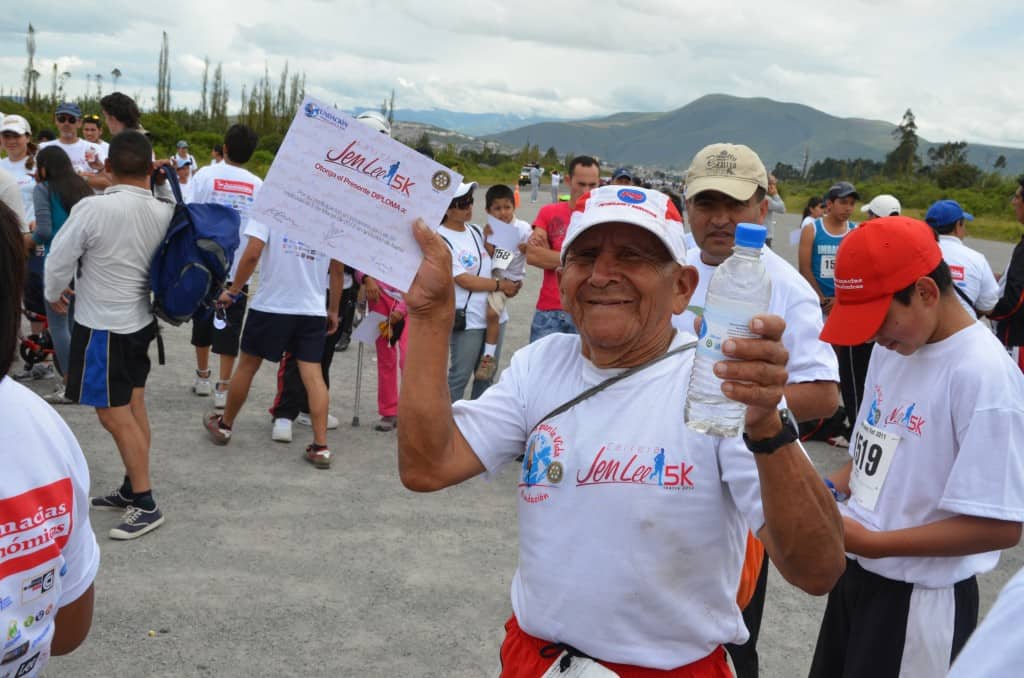 Because most of the infrastructure, labor, and supplies needed for the race were donated by local merchants and by the municipality, costs were only a few hundred dollars, and we were able to take in over $5000 for future needs of the clinic.  The support from the Ibarra community was truly overwhelming.  Rotary members and families, college students, local business people, police, fireman, Red Cross, athletic federation, airport officials – everyone helped! And our patients came from all over Ecuador to be part of the event, traveling overnight by bus, bringing their families, and proudly showing off their prostheses and their abilities. 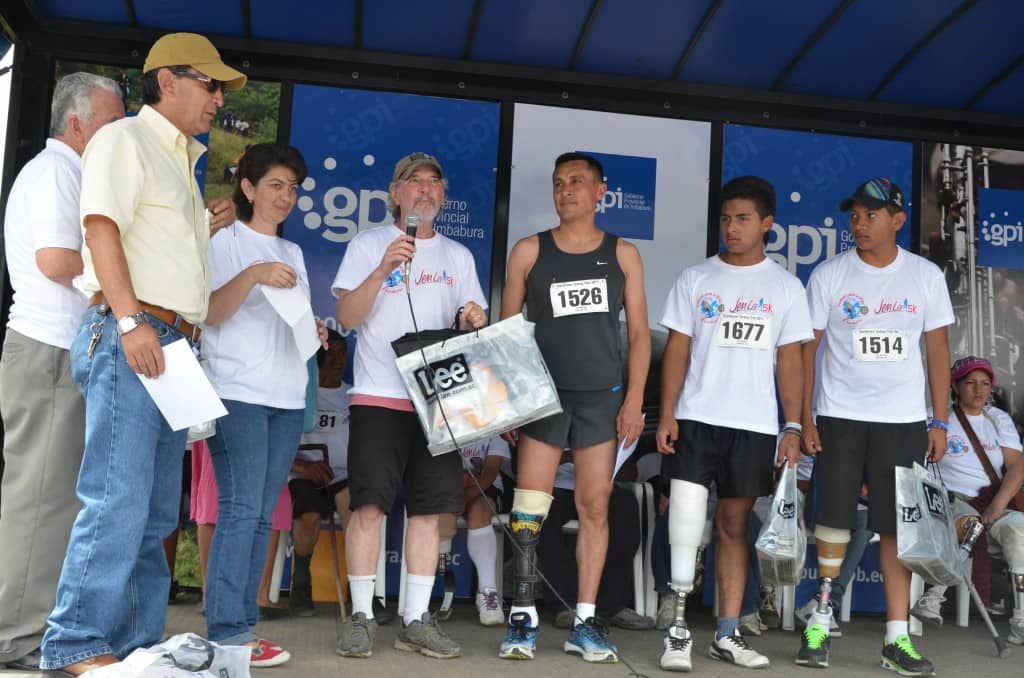 Two of our patients took second and third; first place winner was an athlete from Quito, Jaime Castillo, a former soldier.  In accepting the trophy, Jaime spoke movingly about the accomplishments and potential of individuals with limb loss. 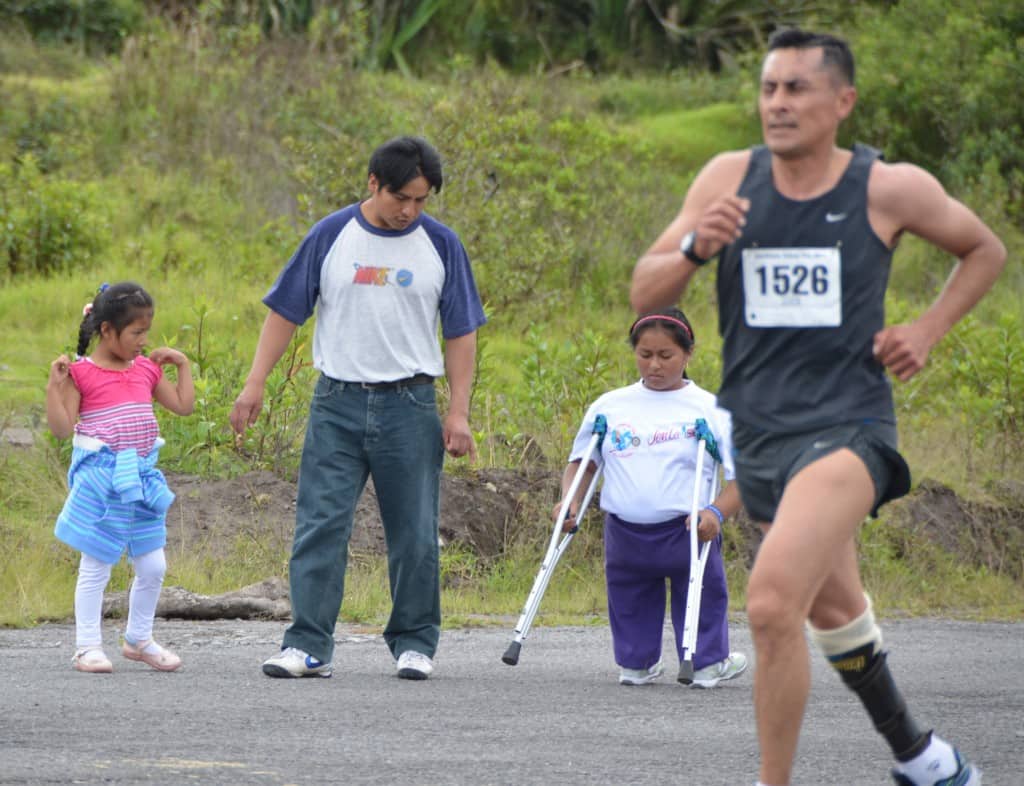 Melany and Jaime pass in the race

Melany, our ten year old patient with bilateral above knee limb loss, announced the start of the race (¡A tus marcas!, ¡Listo! ¡Fuera!”), then using crutches, walked about a kilometer of the course, with her father and hundreds of other runners cheering her on.  Rene who has overcome the loss of his lower legs and digits of his hands, played guitar and sang on stage. 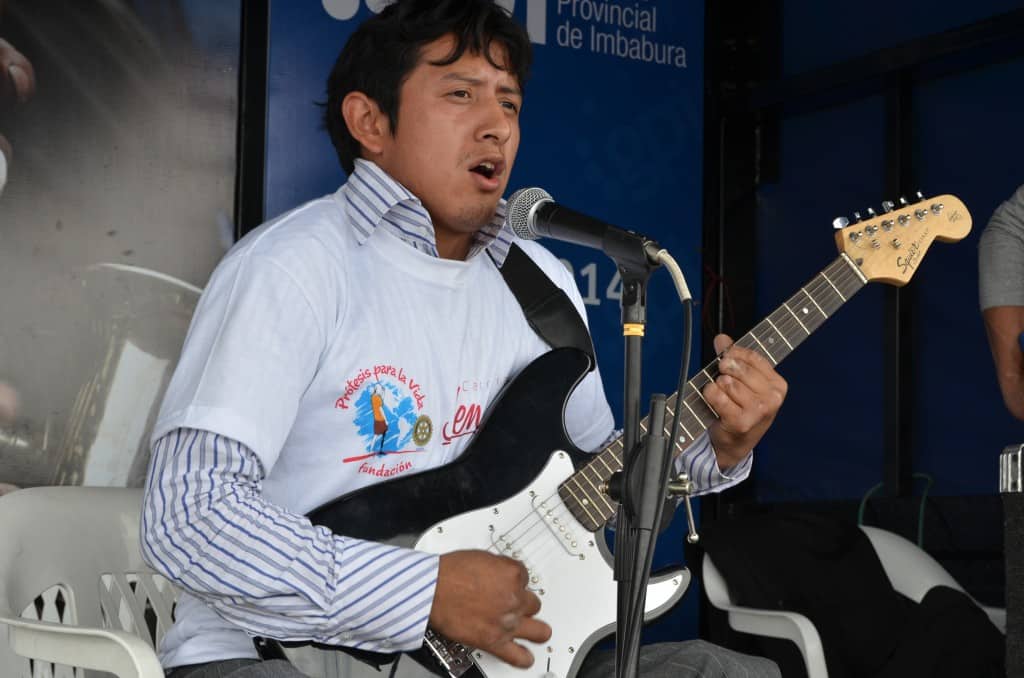 Sandra, with an above knee prosthesis and a great deal of determination, completed the entire course in spite of a fall, which hardly slowed her down.  Kevin, who we wrote about in July 2011, walked the 1.25 k length of the course with his walker.  A representative of the office of the vice president awarded medals to the children who participated. 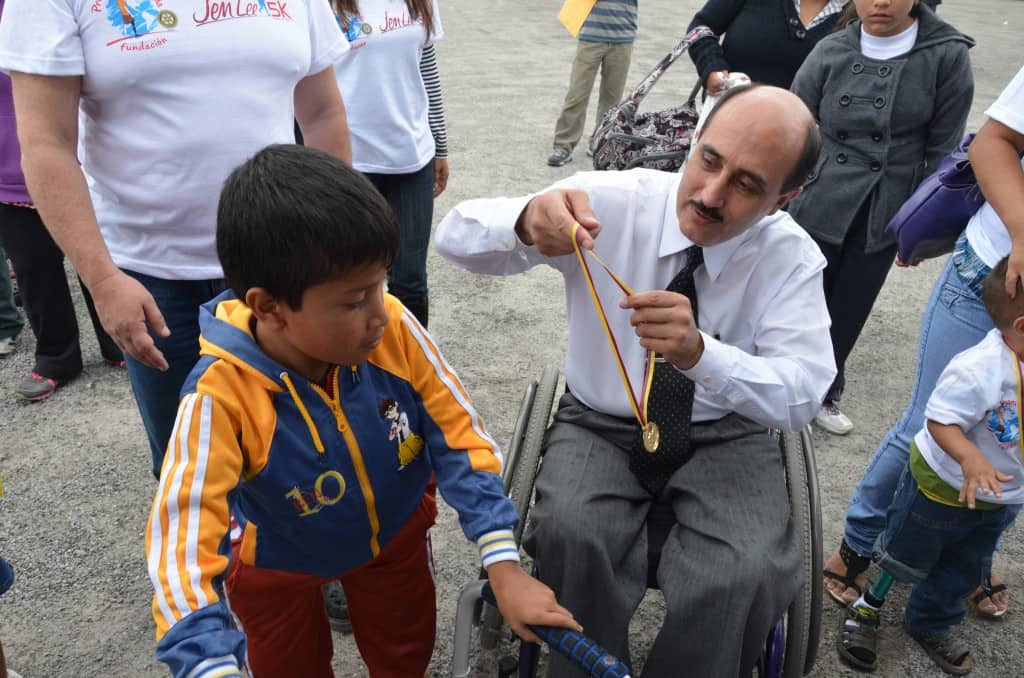 When we first thought of having a fund-raiser run 1 ½ years ago, many told us it could not be done in Ecuador.  Our new clinic manager, Ivonne, had the vision to realize the possibility, the energy to complete the many tasks in preparation, the community ties to garner everything needed in donations, and the cool head to go forward in the face of nervous gringos, complicated permits, promises delayed, and last-minute changes. The Jen Lee 5K may become an annual race! Jen Lee herself would have really enjoyed and been proud of this accomplishment, and we greatly missed her presence. You can see pictures  of the Jen Lee 5K at the Facebook page for Protesis para la Vida. 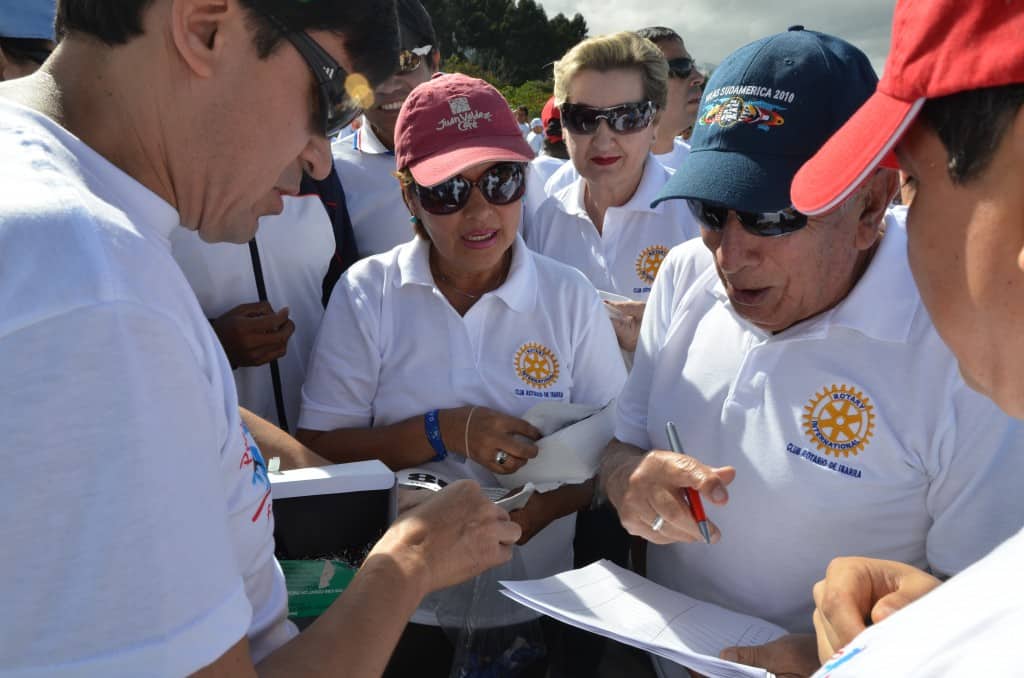